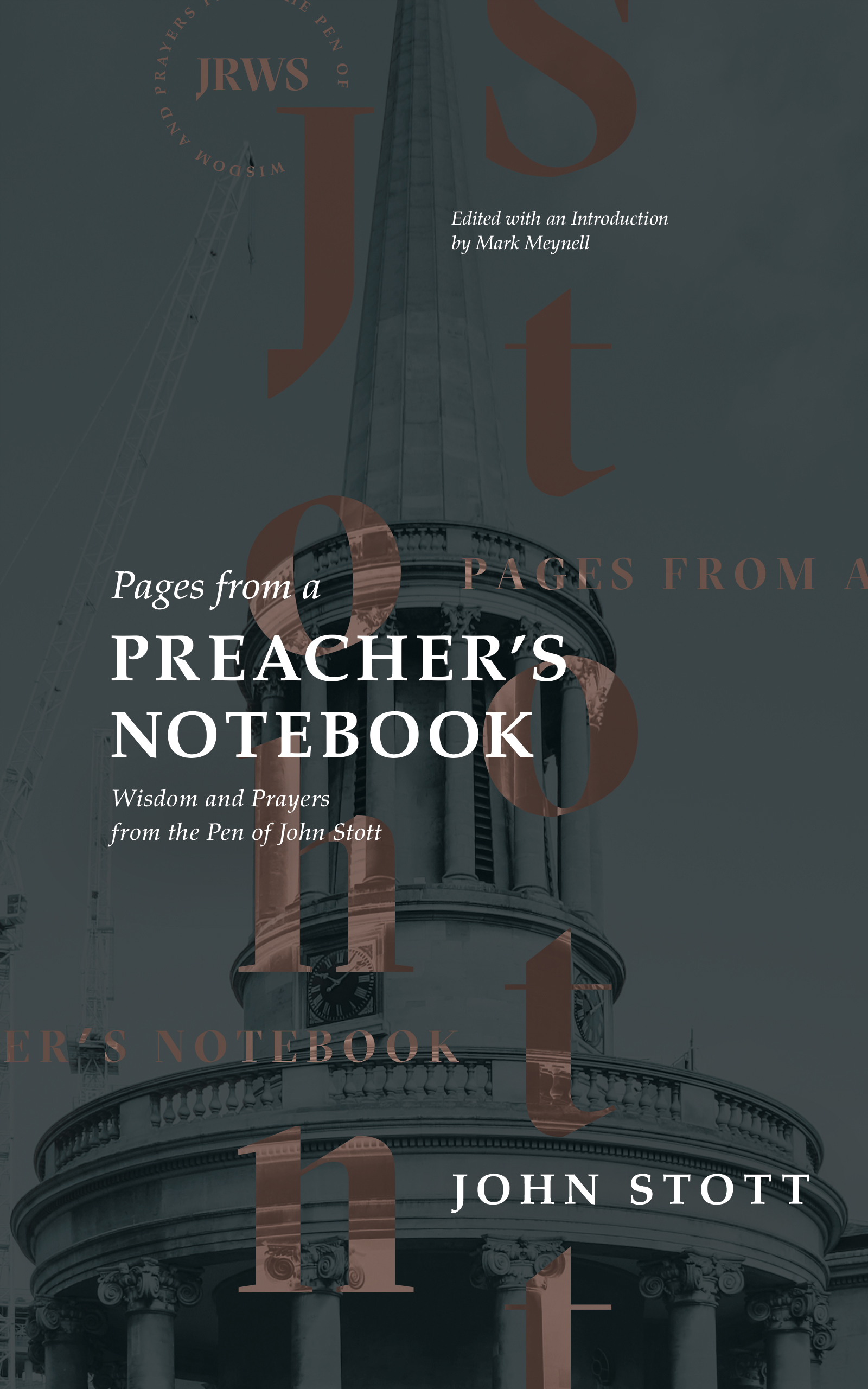 Pages from a Preacher’s Notebook

Wisdom and Prayers from the Pen of John Stott

Inside the disciplined mind of John Stott

Like many preachers, the great British evangelical leader John Stott was always looking for illustrations to include in his sermons and writings. Beginning in the 1940s and continuing until the early 2000s, when he came across something he thought he could use, he captured it on a note card, labeled it according to topic, and filed it away in his study.

Editor Mark Meynell, who worked at All Souls Langham Place with Stott, has selected the best of these illustrations to be included in Pages from a Preacher's Notebook. Here we see Stott's fruitful and disciplined mind on display in hundreds of preaching notes and prayers on various subjects, all arranged topically. Whether you are a preacher or writer looking for a good idea, or an admirer of Stott who enjoys reading anything he writes, Pages from a Preacher's Notebook illuminates his careful working methods for the benefit of readers today.

A leader among evangelicals in Britain, the United States and around the world, Stott was a principal framer of the landmark Lausanne Covenant in 1974. His many books, including Why I Am a Christian, Basic Christianity, Your Mind Matters: The Place of the Mind in the Christian Life, Between Two Worlds: The Challenge of Preaching Today, and The Living Church: Convictions of a Lifelong Pastor, have sold millions of copies around the world, translated into dozens of languages. Stott was honored by Time magazine in 2005 as one of the "100 Most Influential People in the World."

Mark Meynell is Director (Europe and Caribbean) for Langham Preaching (a programme of Langham Partnership). An ordained Anglican minister, he has served in churches in the UK (in Oxford, Sheffield and London) and taught biblical studies for four years at a small seminary in Kampala, Uganda. He is married to Rachel and they have 2 university aged children. Passionate about bridging the worlds of the bible and the present, he has written a number of books including A Wilderness of Mirrors (Zondervan 2015) and When Darkness Seems My Closest Friend: Reflections on Life and Ministry with Depression (IVP 2018).