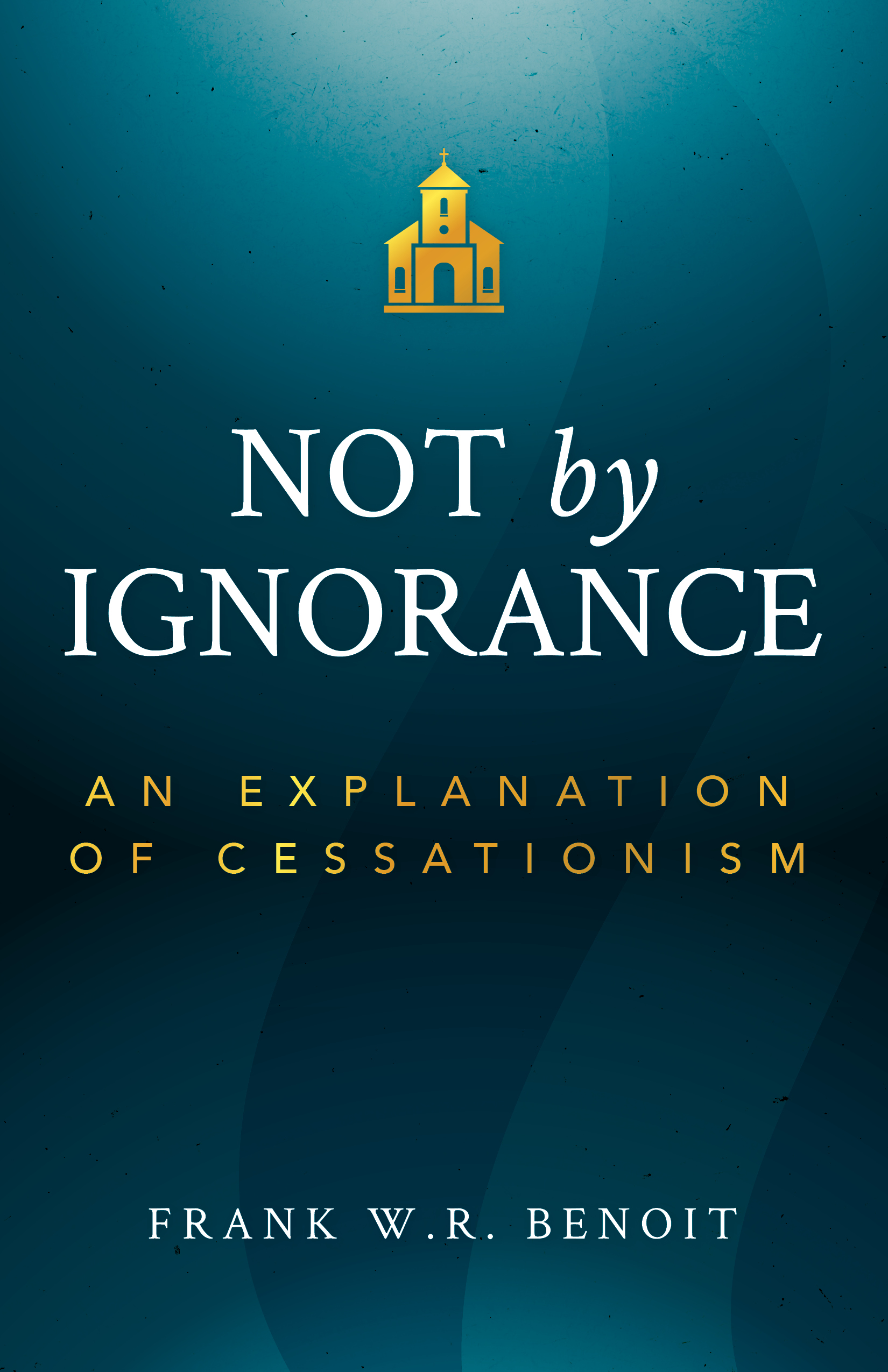 An Explanation of Cessationism

“This book is intentionally designed for the average Christian reader. However, it will also be profitable for those who have theological training. . . . It is clarifying or explanatory rather than argumentative. I recommend this book for anyone, but particularly for those who are wondering about this very issue.” —Dr. Thomas R. Edgar, Distinguished Professor of New Testament (Retired), Capital Bible Seminary; author of Satisfied with the Promise of the Spirit

“Frank Benoit's investigation clears up the historical errors that have labeled cessationism, . . . and it raises—with humility, respect, and always seeking a scriptural foundation—a solid argument that justifies the doctrine of cessationism.” —Jesús Caramés Tenreiro, Director of the Theological Seminary of the Assemblies of God, Cordoba, Spain

“Not by Ignorance was a fascinating read. Thanks to Frank Benoit for all his work. I've heard many of the New Testament issues debated over the years. I'm not sure I had ever thought of the Old Testament as having much to say on the issue, so that was stimulating. I really enjoyed the church-history overview, where he did an excellent job.” —Thomas Blanchard, M.Div., TEAM Missionary-France (retired) Professor of Old Testament and Hebrew (retired), Institut biblique de Genève, Switzerland