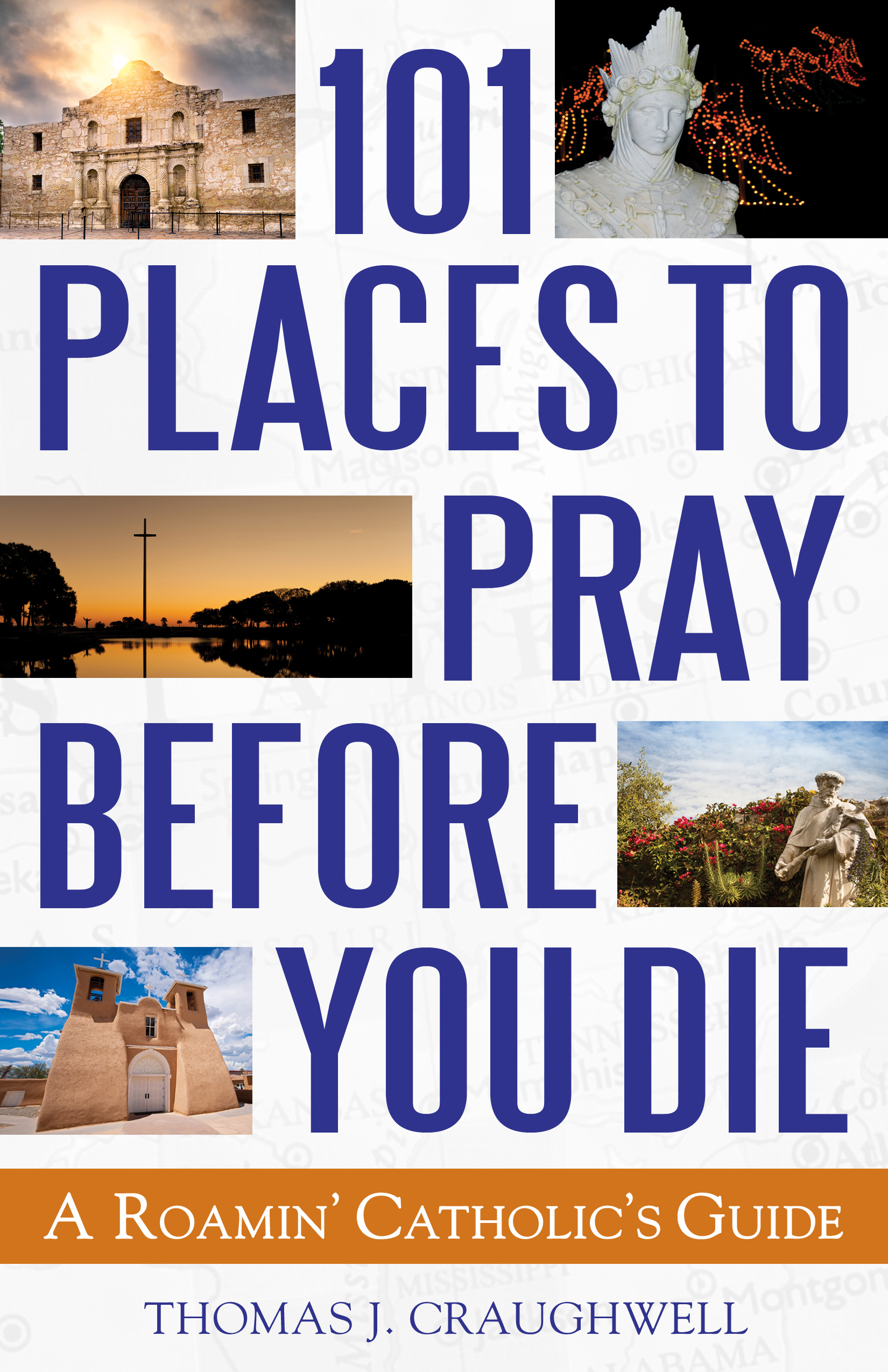 101 Places to Pray Before You Die

Five million visitors crowd into St. Patrick’s Cathedral in New York each year. Hundreds of thousands annually pay homage to the Blessed Virgin at the National Shrine of the Immaculate Conception in Washington, D.C. But Catholic travelers don’t always realize that every state in the Union contains unique shrines, retreat houses, missions and other significant holy places. In 101 Places to Pray Before You Die, you’ll discover the unexpected, the somber, the whimsical and the inspiring spots that, at times, are hidden in plain sight.
Conveniently organized by state, 101 Places to Pray Before You Die will enhance your travel experiences—whether it’s a day trip to explore a spot you’ve breezed past a hundred times, a quick detour on a business trip or a family vacation dedicated to more intensive spiritual searching. Each entry contains details about the location’s significance to American Catholics, along with the address, contact information and hours of operation (if applicable).

Thomas J. Craughwell has been self-employed as a writer for 24 years. He is the author of more than 40 books on history, religion, and popular culture, including Saints Behaving Badly (Doubleday), This Saint Will Save Your Life (Quirk Books), St. Peter’s Bones (Doubleday), and Stealing Lincoln’s Body (Harvard University Press), which the History Channel produced as a two-hour documentary. Tom served as the ghostwriter for Mysteries of the Jesus Prayer, the companion volume to Norris Chumley’s PBS documentary of the same name. Tom has written articles for The Wall Street Journal, The American Spectator, U.S. News and World Report, Emmy magazine, Inside the Vatican, National Catholic Register, The Catholic Herald (UK), Reality Magazine (Ireland), and Our Sunday Visitor. He has appeared as a guest on CNN, the BBC, FOX, EWTN, and the Discovery Channel. Tom writes from his home in Bethel, Connecticut.