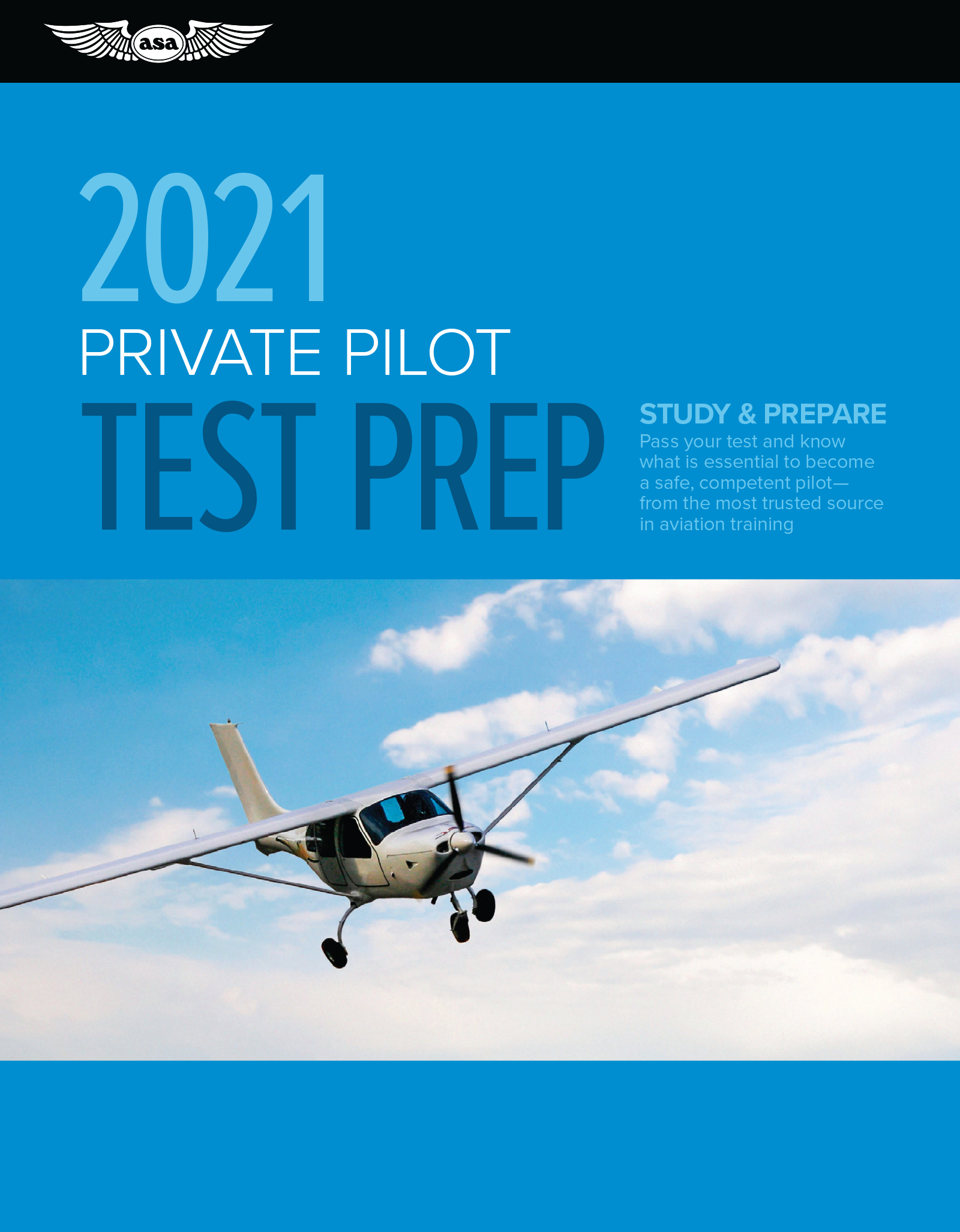 Study & Prepare: Pass your test and know what is essential to become a safe, competent pilot from the most trusted source in aviation training

The ASA Test Prep includes the Computer Testing Supplement (CT-8080-2H)—with the same FAA legends, figures, and full-color charts you’ll be issued at the testing center—to help you become familiar with all available information before you take your official test. You can count on ASA to keep up with changes in the FAA Knowledge Exams with free updates available both online and through an email Update subscription service. ASA’s Private Pilot Test Prep is the pilot’s best resource for successful test-taking.

Use Private Pilot Test Prep for the following Knowledge Exams:

Aviation Supplies & Academics, Inc. (ASA) is an industry leader in the development and sale of aviation supplies and publications for pilots, flight instructors, flight engineers, air traffic controllers, flight attendants, aviation maintenance technicians, and drone operators. We manufacture and publish more than 1,000 products, and have been providing trusted and reliable training materials to the aviation industry for 80 years.