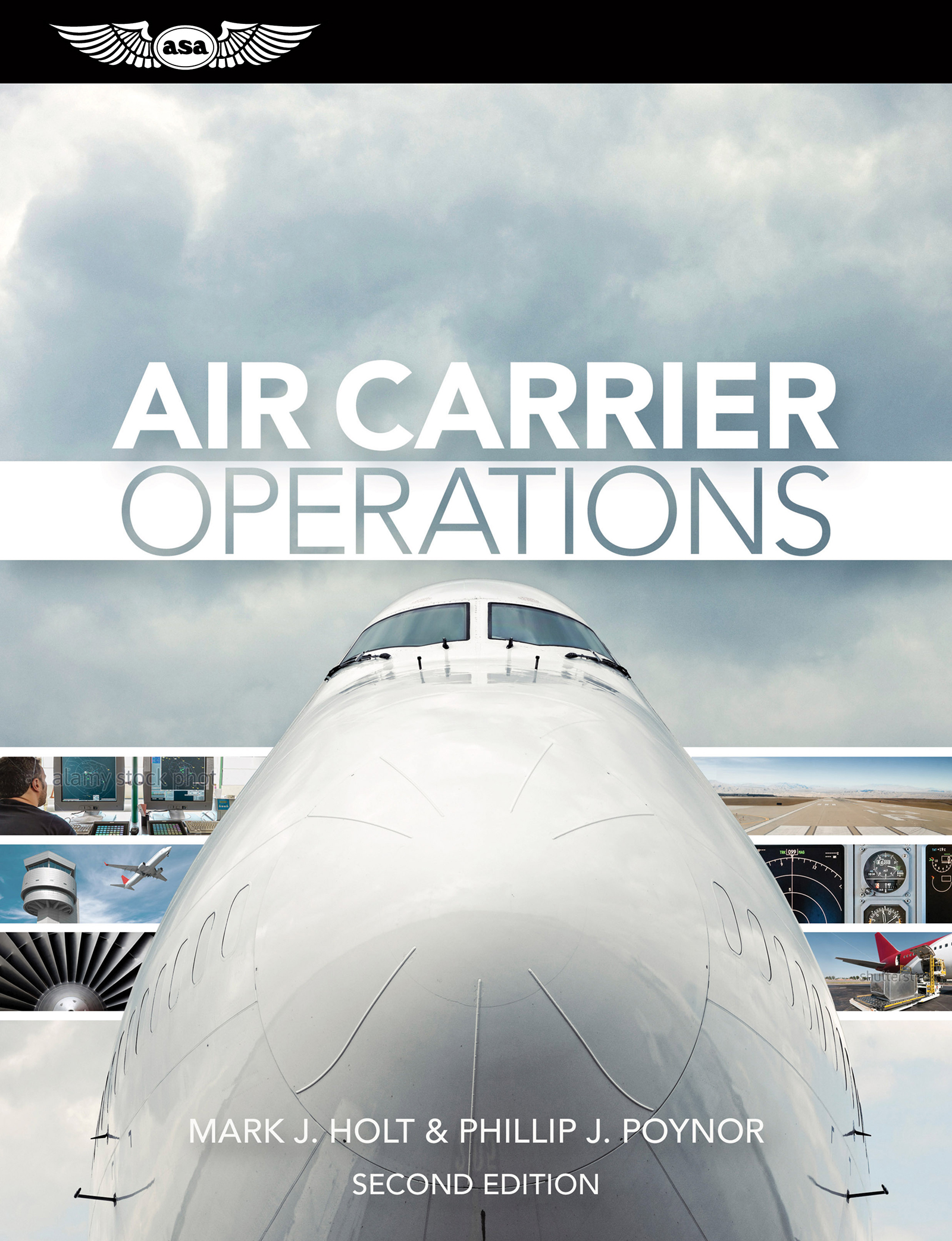 Whether a Part 121 airline or a Part 135 charter operator, in the aviation industry a company survives by its compliance with the applicable Federal Aviation Regulations, or "FARs." Air Carrier Operations introduces aviation students to the significant FARs affecting airline operations. Using this book, both students and professionals will gain an appreciation of the variety of regulatory issues involved in air carrier operations, and can gather the background information they need to identify relevant regulations and apply them to their particular operations or their future employment.

A college textbook, this book is ideal for air carrier flight operations or airline operations courses and it also provides excellent preparation for airline interviews and initial pilot and dispatcher training.

Mark J. Holt, a pilot for a major airline, soloed at age sixteen and has logged over 18,000 hours. He holds an ATP pilot certificate with Boeing 757/767 and BAE Jetstream 41 type ratings and a Flight Engineer (Turbojet) certificate. His professional flying career includes extensive flight and ground instructing experience and service as a check airman for a large regional airline. Mark is also co-author of The Turbine Pilot's Flight Manual.

Phillip J. Poynor, J.D., FAA/Industry 2001 Flight Instructor of the Year, holds an ATP pilot certificate, has been captain qualified on Part 135 carriers, and has taught courses on Air Carrier Operations and Advanced Systems for many years at three major aviation colleges. Phil is an attorney with a practice limited to aviation matters. He was a staff attorney in the flight operations department of a major, international airline. He began his flying career over 38 years ago and has been instructing for more than 30 years. Phil received the Excellence in Pilot Training Award from the National Air Transportation Association in 1998 and the Chancellor's Award for Excellence in Teaching from SUNY in 1994. He currently volunteers as Vice President – Government and Industry Affairs for the National Association of Flight Instructors, for which he is also an emeritus member of the Board of Directors.