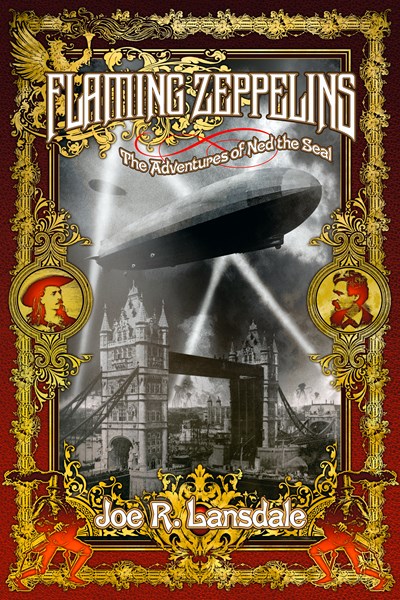 The Adventures of Ned the Seal

What do the disembodied head of Buffalo Bill Cody, Annie Oakley, Frankenstein, the Tin Man, Captain Nemo, the Flying Dutchman, and the inestimable Ned the Seal have in common? Find out as they embark upon a spectacular set of nonstop steampunk adventures. For the first time, two epic chronicles, Zeppelins West and Flaming London, inscribed by a courageous young seal on his trusty notepad, are collected together in one volume.

Leap from a flaming zeppelin with the stars of the Wild West Show in a desperate escape from an imperial Japanese enclave. Wash up upon the island of Doctor Moreau, in mortal danger from his unnatural experiments (and ignorant that Dracula approaches by sea). Unite with Jules Verne, Passpartout, and Mark Twain on a desperate voyage to the burning streets of London, which are infested with killer squid from outer space courtesy of H. G. Wells’s time machine.

It’s a raucous steam-powered locomotive of shoot-’em-up Westerns, dime novels, comic books, and pulp fiction, as only Lansdale, the high-priest of Texan weirdness, could tell.