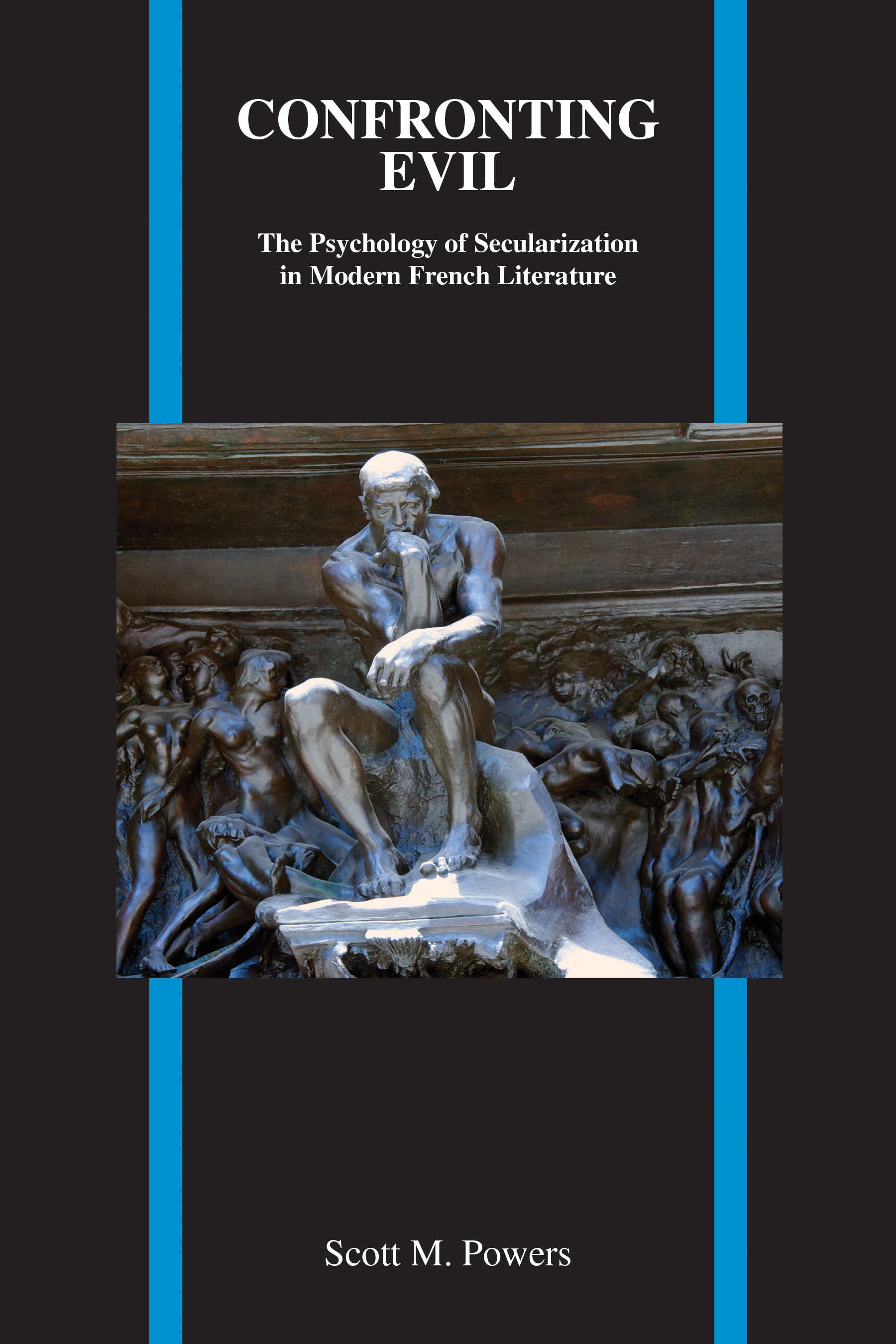 The Psychology of Secularization in Modern French Literature

Confronting Evil: The Psychology of Secularization in Modern French Literature holds that the concept of evil is central to the psychology of secularism. Drawing on notions of secularization as a phenomenon of ambivalence or dualism in which religion continues to exist alongside secularity in exerting influence on modern French thought, author Scott M. Powers enlists psychoanalytic theory on mourning and sublimation, the philosophical concept of the sublime, Charles Taylor’s theory of religious and secular “cross-pressures,” and William James’s psychology of conversion to account for the survival of religious themes in Baudelaire, Zola, Huysmans, and Céline. For Powers, Baudelaire’s prose poems, Zola’s experimental novels, and Huysmans’s and Céline’s early narratives attempt to account for evil by redefining the traditionally religious concept along secular lines. However, when unmitigated by the mechanisms of irony and sublimation, secular confrontation with the dark and seemingly absurd dimension of man leads modern writers such as Huysmans and Céline, paradoxically, to embrace a religious or quasi-religious understanding of good and evil. In the end, Powers finds that how authors cope with the reality of suffering and human wickedness has a direct bearing on the ability to sustain a secular vision.

Scott M. Powers is an associate professor of French at the University of Mary Washington. He has authored several articles on modern and postmodern treatments of evil and secularization in Baudelaire, Zola, Céline, Beigbeder, and Littell. Powers also edited a volume devoted to evil in contemporary French and Francophone literature. Research areas that intersect with his investigations into French literature on evil include Catholic theology, medical theory, anti-Semitism, and the Holocaust. Other publications include coauthorship of the second-year French language and culture textbook Interaction: Langue et culture and contributions to two volumes of the MLA Approaches to Teaching World Literature. Powers currently is pursuing research on the tension between the religious and the secular in Québécois literature of the twentieth century.