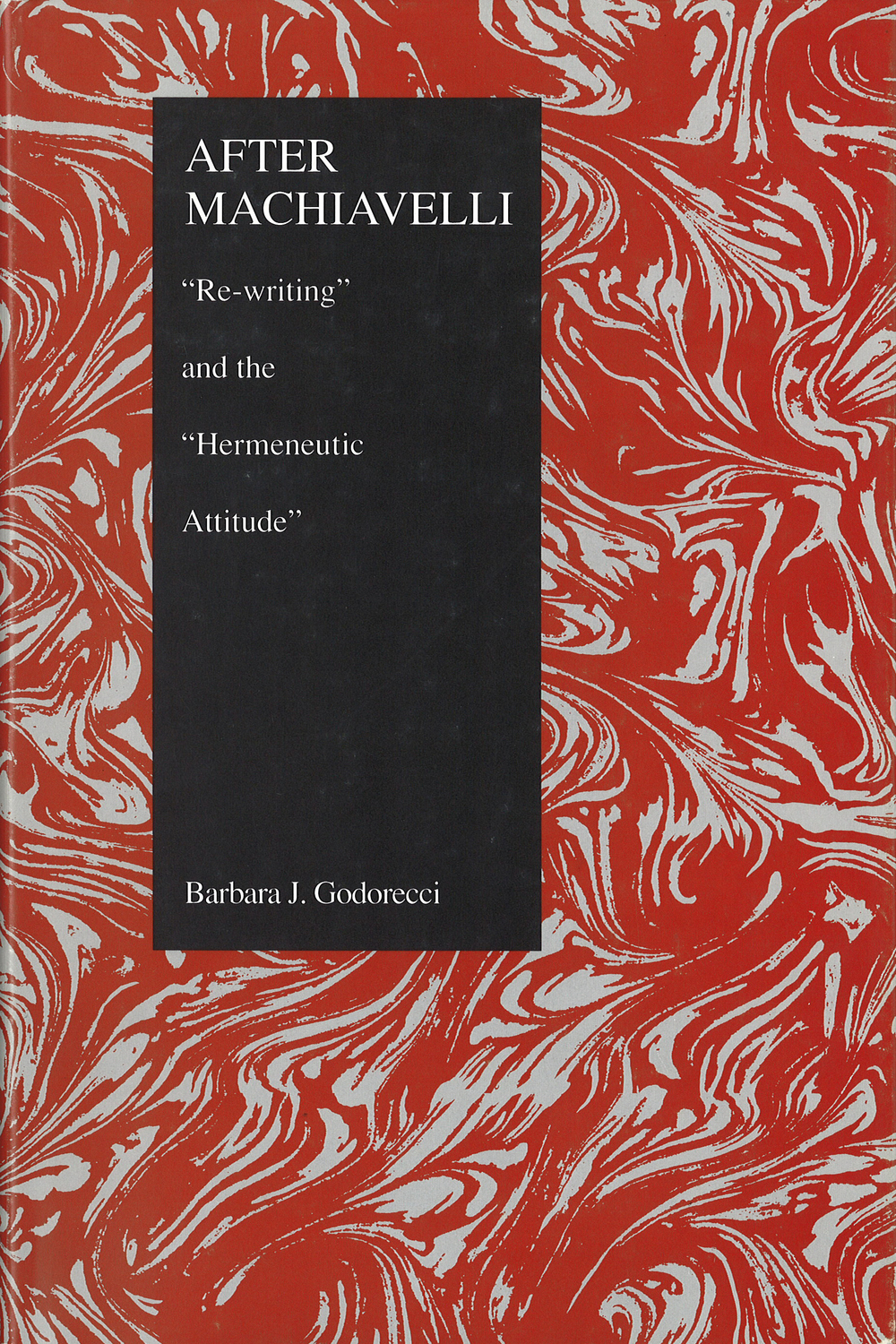 "Re-writing" and the "Hermeneutic Attitude"

After Machiavelli is an examination of the triangular relationship of re-writing – a dynamic process encompassing both creative newness and awareness of historical profundity – the hermeneutic attitude,” and Machiavelli's poiesis. Specifically, it addresses four questions: First, to what degree can we speak of intersection (interaction) among this triad? Second, what common ground do all three actually share? Third, in what particular manner do the act of “re-writing” and the “hermeneutic attitude” manifest themselves in the writings of Niccoló Machiavelli? And last, what bearing does this have on the reader, heir to Machiavelli's literary legacy?

In answering these questions, Godorecci offers a close reading of a cycle of Machiavellian re-writings characterized by three particular cases: Machiavelli’s rewriting of the works of others (Plautus’s Casina, Terence’s Andria, Livy’s Ab urbe condita and Dante’s De vulgari eloquentia), his own texts (the story of Vitellozzo Vitelli and the events in Sinigaglia at the court of Cesare Borgis), and the re-writing of him by others (in Gramsci’s “modern prince”). Drawing on Wilhelm Dilthey’s ideas on experience, history, and hermeneutics, Godorecci provides insights into Machiavelli’s participation in the process of re-writing as expression of his own “hermeneutic attitude,” which supports the universal validity of interpretation and (thus) clears space for others who come/take/run “after Machiavelli.”