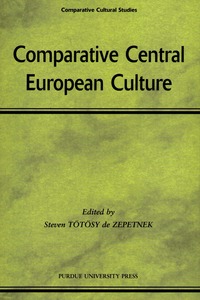 This volume contains selected papers of conferences organized by the editor, Steven Totosy, in 1999 and 2000 in Canada and the US on various topics of culture and literature in Central and East Europe. Based on the (contested) notion of the existence of a specific cultural context of the region defined as