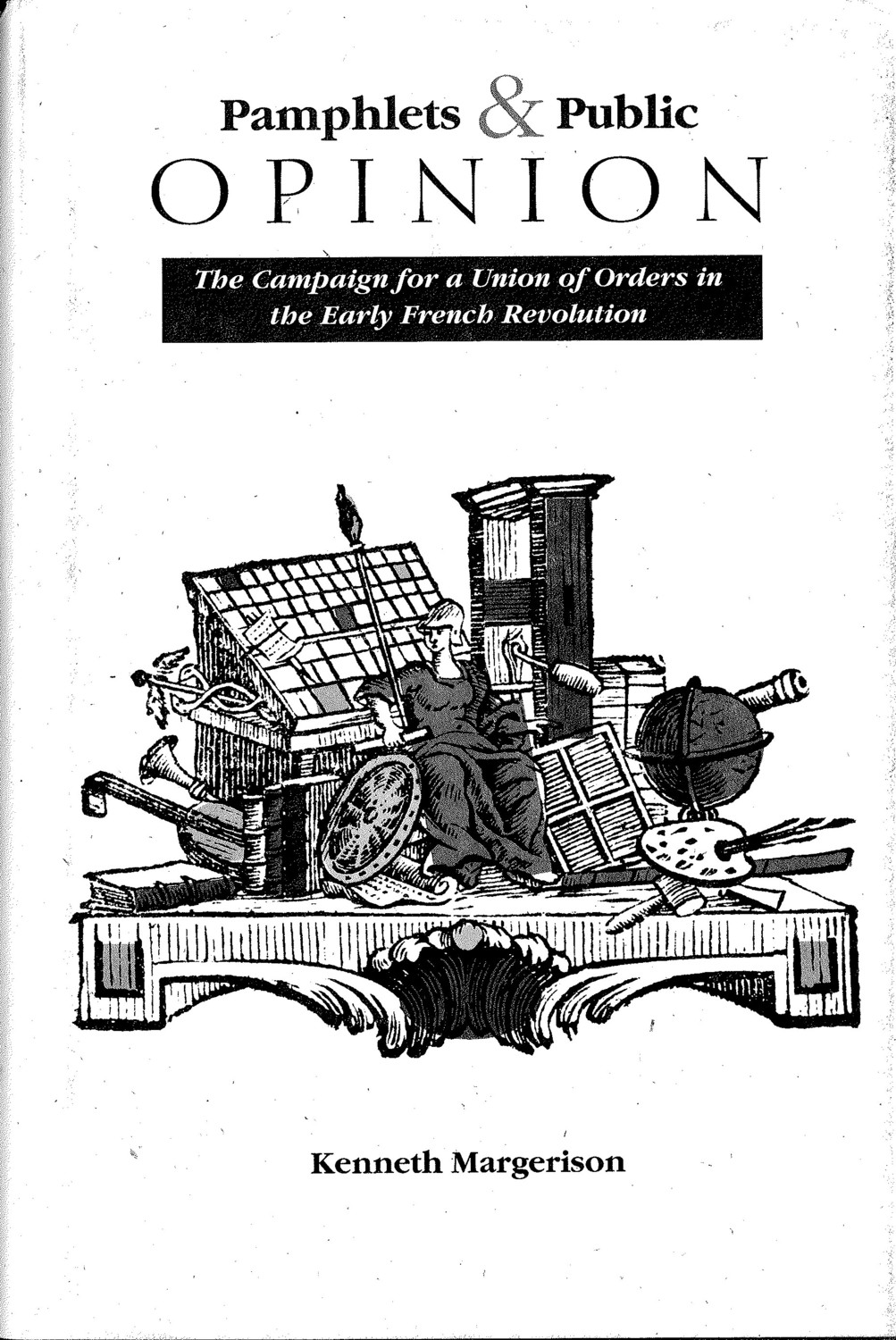 Public opinion, according to the eighteenth-century understanding, was the product of rational, informed discourse and was the final and impartial arbiter of public policy. In the months leading up to the French Revolution, both the royal government and its opposition relied upon pamphleteers to sway public opinion, and the number of published pamphlets reached truly astounding proportions in late 1788 and early 1789 when debate intensified on the proper method of organizing the newly recalled Estates General.

Kenneth Margerison examines this pamphlet literature – which surprisingly has only begun to be systematically analyzed – in an effort to determine the ideological bases upon which pamphleteers tried to influence public opinion and, ultimately, the political structure of France. He reaches the unexpected conclusion that a relatively conservative political program held wide appeal for public opinion and provided a foundation that enabled its adherents to wield influence in the National Assembly during the summer of 1789. This close reading of the pre-revolutionary pamphlets leads to a new understanding of the political dynamics in the months preceding the convocation of the Estates General and sheds new light on the debates in the assembly during the summer. An understanding of the politics of public opinion necessitates a substantial alteration of the traditional narrative of the creation of the National Assembly and the foundation of constitutional government.