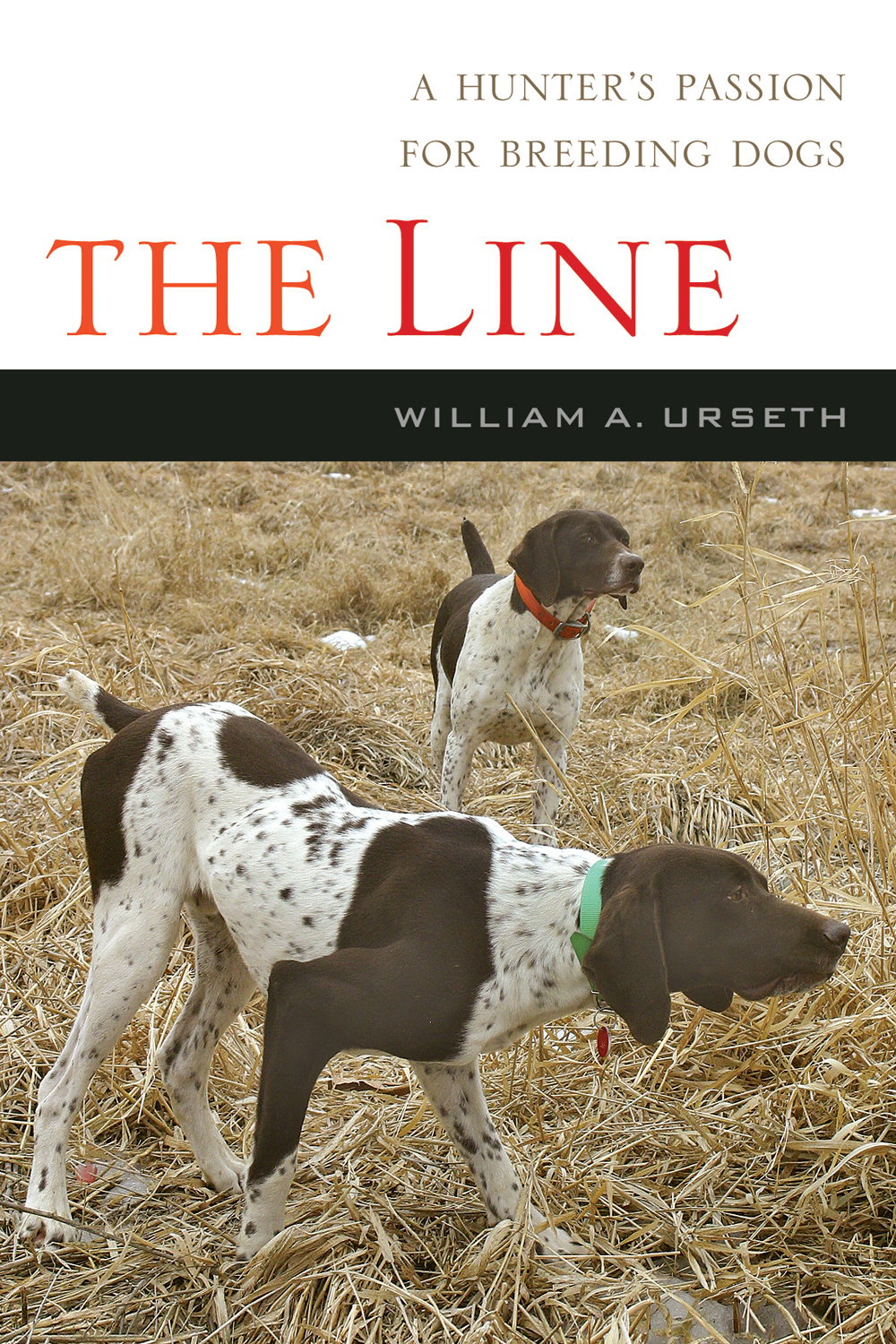 A Story of a Hunter, a Breed and Their Bond

William Urseth loves dogs, and even more, he loves what these dogs can do. Striking a perfect point, flushing grouse for hours, retrieving perfectly to hand; moments can steal your breath away. William Urseth loves bird hunting, and spending days in the field with a great dog can warm your heart. William Urseth loves business, and the chance to develop a perfect line of German Shorthair Pointers could not be missed. William Urseth is known for his hunting around the world on his TV show, Quest for the One, on the Outdoor Life Network, and on his Menz radio show in eastern Canada, but his stories center on his Minnesota Horse and Hunt Club, his kennel and dogs there, and their hunts in the northern midwest of the U.S. His decision to breed German Shorthairs brought him to Jäger and Cent, who he bought after hiring an expert to find the best of this breed in the world. From these two, he would create The Line, generations of dogs that would not only win countless tournaments, but also create countless highs and heartbreaks as they spend their lives in the homes and hunts of William, his wife, and his friends. These stories are like the dogs they recount; they will steal your breath away, warm your heart, and should not be missed.

William A. Urseth is the author of "Death Spiral," the editor in chief of "Menz Tournament Hunter" magazine in the U.S. and "Menz" magazine in Canada, and the host of the latter magazine's "Where the Adventure Never Ends" radio show in eastern Canada. He has been a recurring host on Trevor Gowdy's television program "In the Hunt," and he is the cohost of "Quest for the One," on the Versus television network. He lives in Minneapolis, Minnesota.