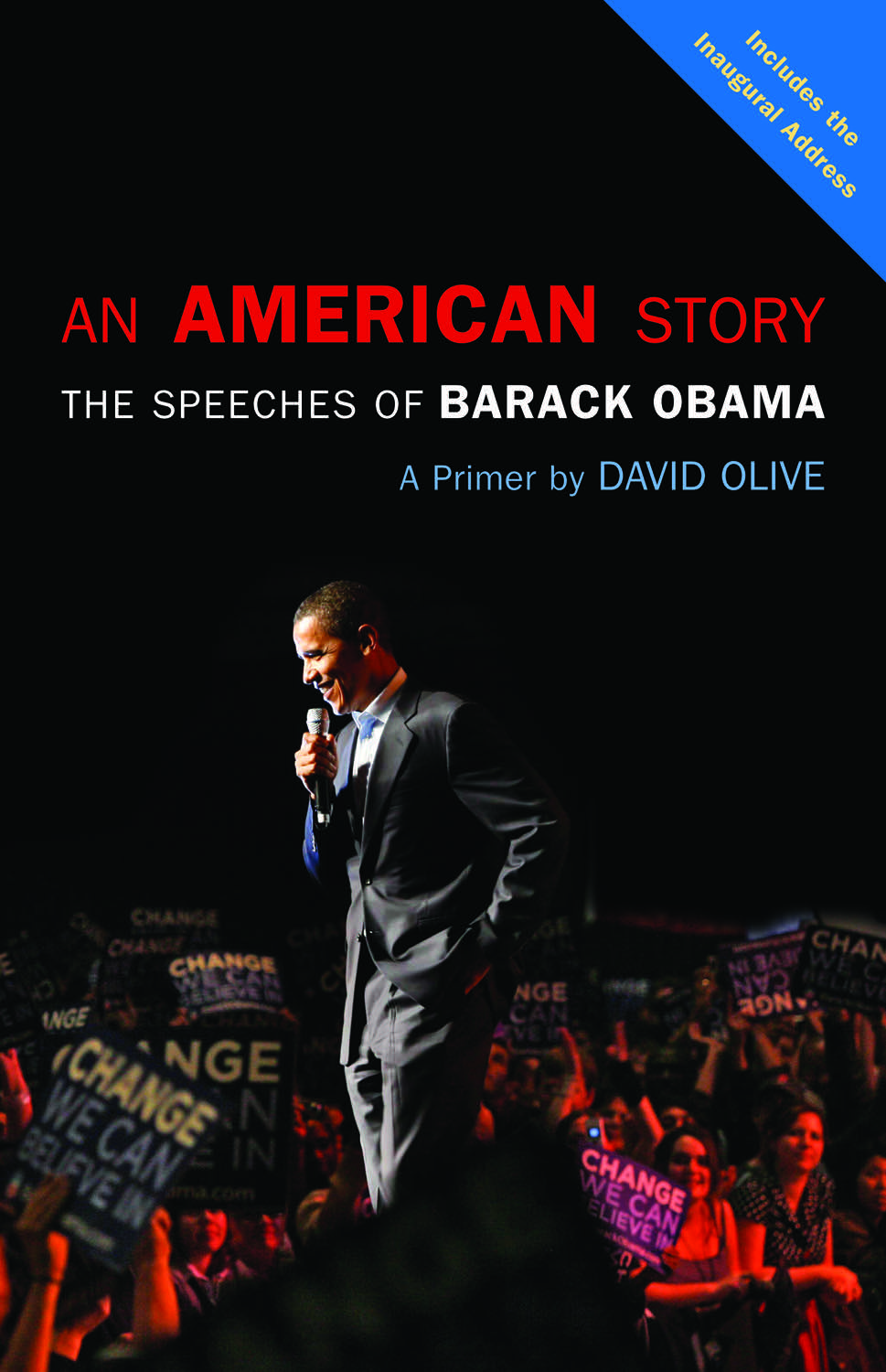 The Speeches of Barack Obama: A Primer

Barack Obama, junior senator from Illinois, first captured America’s attention with his keynote address to the Democratic National Convention in 2004. Now, as presumptive Democratic candidate for President, Obama’s superb and captivating oratory style has earned him comparisons to John F. Kennedy and even Martin Luther King — and on the campaign trail Obama has achieved near rock-star status. Obama speaks on themes of race, identity, community, and above all, his hoped-for vision of a New America. His legions of supporters gravitate towards his unblemished idealism. Still, as David Olive writes, “even the most ardent supporters of Barack Obama … might wonder at times if the mesmerizing orator is more style than substance.” Here, interspersed with the entire text of Obama’s key speeches, Olive explores the controversies: Obama shedding his American flag lapel pin, Reverend Wright, his anti-war stance, his strong Christian faith, and his often racially charged remarks — and the victories: passage for more than 280 bills in his last two years in the Illinois state senate, his actions towards social justice, and his remarkable rise from underdog to potential future president of the United States. Bookended with Obama’s ’04 keynote at the Democratic National Convention and “A More Perfect Union” — called the only historic speech of this 2008 campaign — An American Story exposes politicos, voters, and fans of Obama to the speeches that gave rise to the current phenomenon.

David Olive, an award-winning author of 10 previous books, is a business and current affairs columnist at the Toronto Star who has covered three Democratic National Conventions, in New York, Chicago and Boston. A long-time U.S. political observer, Olive has written about the rise of Obama’s career for the Star. He is also a former editor-in-chief of Report on Business Magazine and a senior writer at the Financial Post, Globe and Mail and National Post.