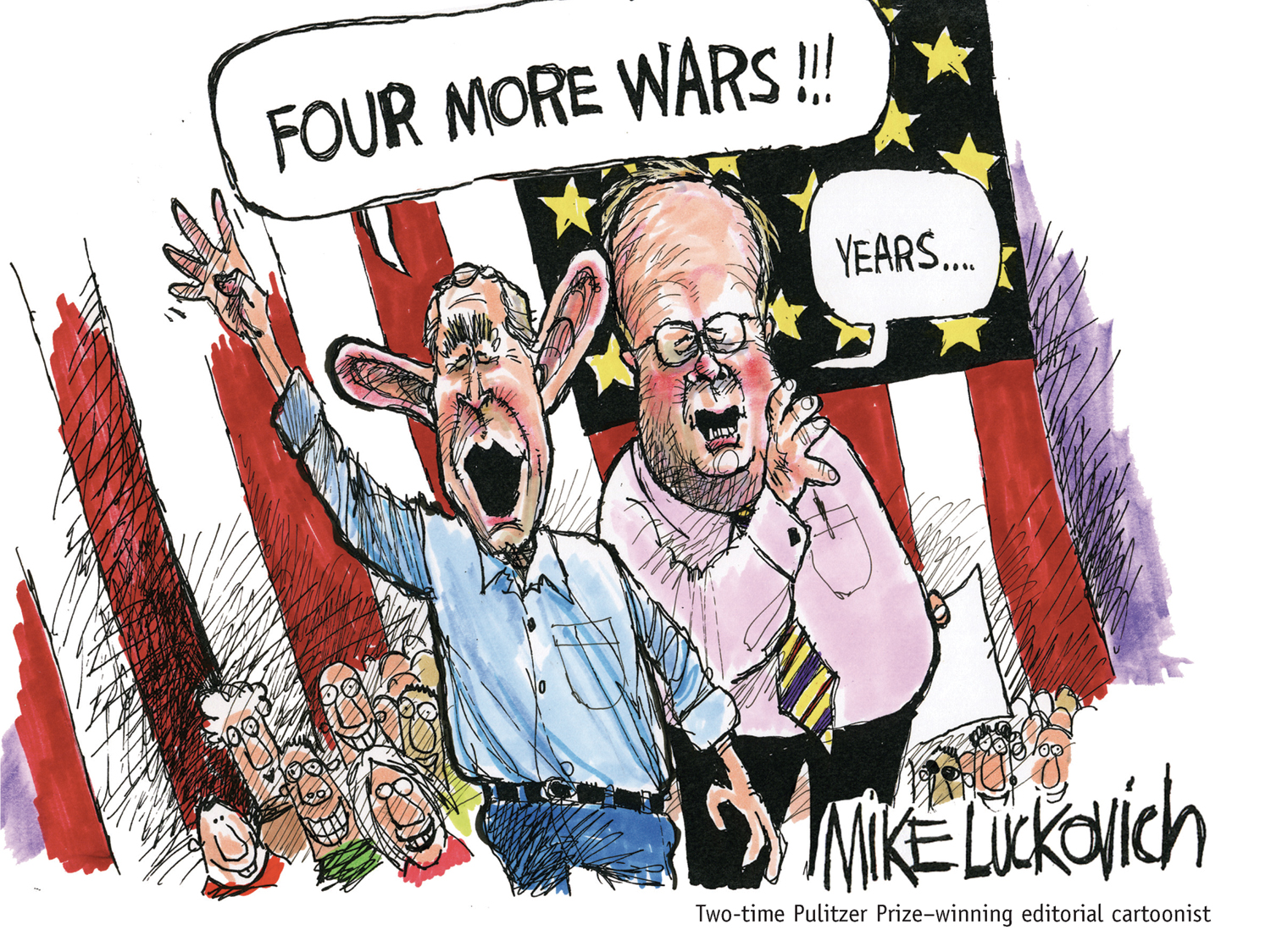 ??Mike Luckovich’s cartoons cut through political spin with humor and provide warning bells that put the powerful on notice.” ? Jimmy Carter Mike Luckovich is the most reprinted editorial cartoonist in America. His cartoons appear regularly in Newsweek, Time, the Washington Post, and in over 150 other U.S. newspapers. His book, Four More Wars!, is a collection of those cartoons, accompanied by humorous anecdotes. The majority of cartoons in this collection centre on Luckovich’s muse, George W. Bush, Jr. Luckovich says, ?If every time Bush did something outrageous, and I climbed to the top of a building and screamed, people would ignore me. I believe people pay attention when I tear Bush a new one, humorously.” Although President Bush is a frequent target, Luckovich also satirizes President Clinton, Congress, Pat Robertson, the Catholic Church, Tom Cruise, and the Boy Scouts. Four More Wars! covers stories about Luckovich’s run-ins with various politicians, including his flight on Air Force One, in which he convinced Clinton to draw a caricature of himself. With hilarious anecdotes about Rumsfeld and Easter bunnies, this book is sure to tickle your funny bone ? no matter your political persuasion.

Mike Luckovich is an editorial cartoonist who has worked for the "Atlanta Journal-Constitution" since 1989. His comics are syndicated nationally to 150 newspapers, including "Chicago Tribune," " Detroit News," "Houston Chronicle," " Los Angeles Times," "Nashville Tennessean," ""and" The Seattle Times." He lives in Atlanta.