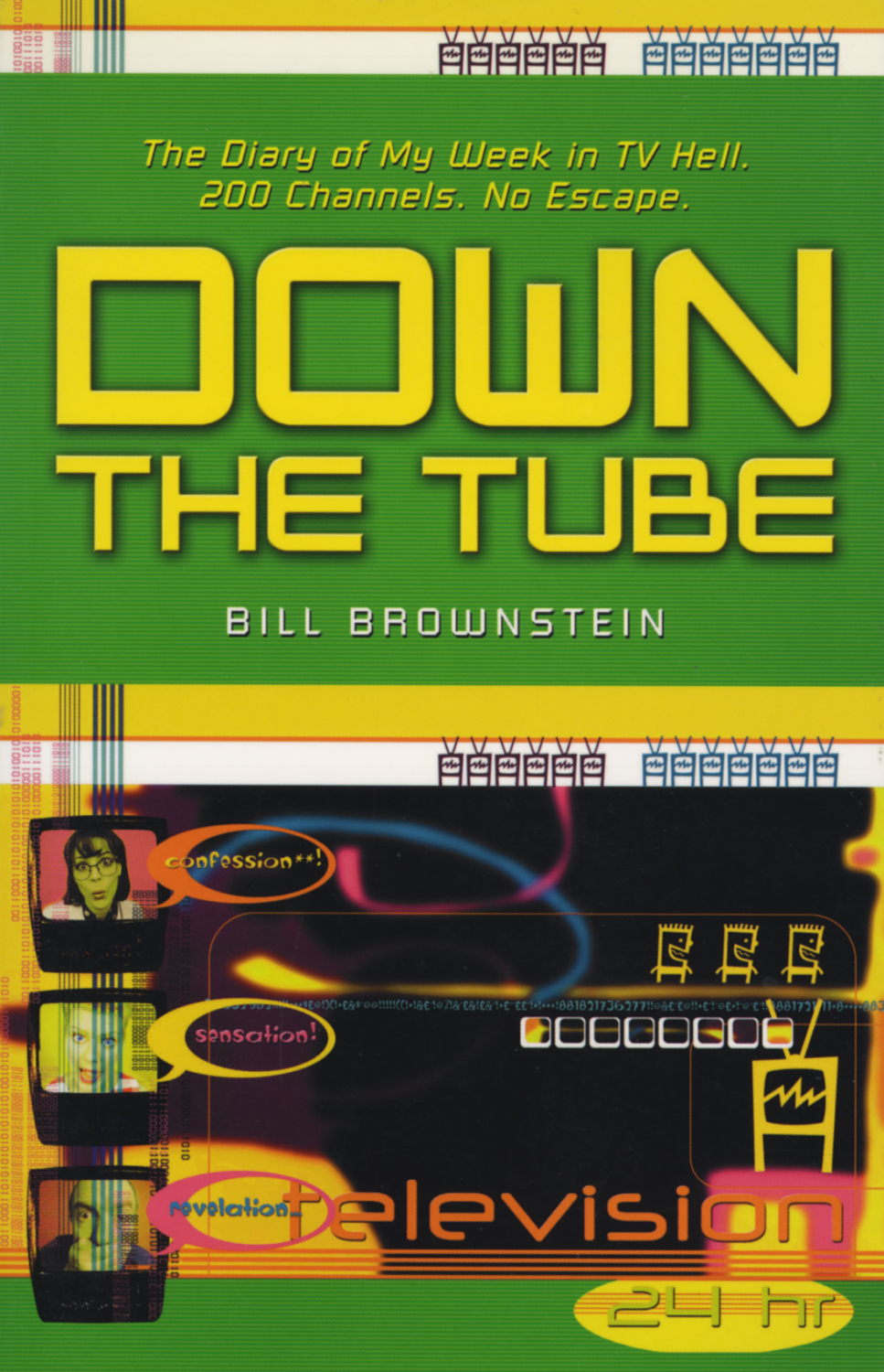 The Diary of My Week in TV Hell. 200 Channels. No Escape.

A couch potato’s downward spiral. Imagine yourself at home on your couch, contractually obligated to remain in front of your satellite-rigged television for a period of seven days, at the end of which you will produce a funny but penetrating account of your journey ? a virtual one ? through the strange and culturally revealing landscape of the 200-channel universe. Bill Brownstein did just that and Down the Tube is his hilarious survival guide, complete with the expert testimony of a psychologist who kept tabs on the couch potato’s mental state. The author of the riotous Sex Carnival charts his week on the couch in this latest odyssey with a cynical eye and relentless wit. Brownstein meditates on such important questions as: Should Pamela Anderson sue the doctor who botched her breast reduction? Are those people on Springer for real? Hey, do they still play reruns of The Waltons? Nobody is immune to Brownstein’s wry wit, not even big-name celebrities like Oprah, Regis, and Jerry Seinfeld.

Bill Brownstein has been a columnist with the Montreal Gazette since 1983. He is the author of Sex Carnival and co-author and co-editor of The Great Canadian Character Anthology, a compendium of eccentrics inhabiting that landmass north of the U.S. He has written and produced two feature film documentaries: Skating on Thin Ice and Bill Lee: Profile of a Pitcher.