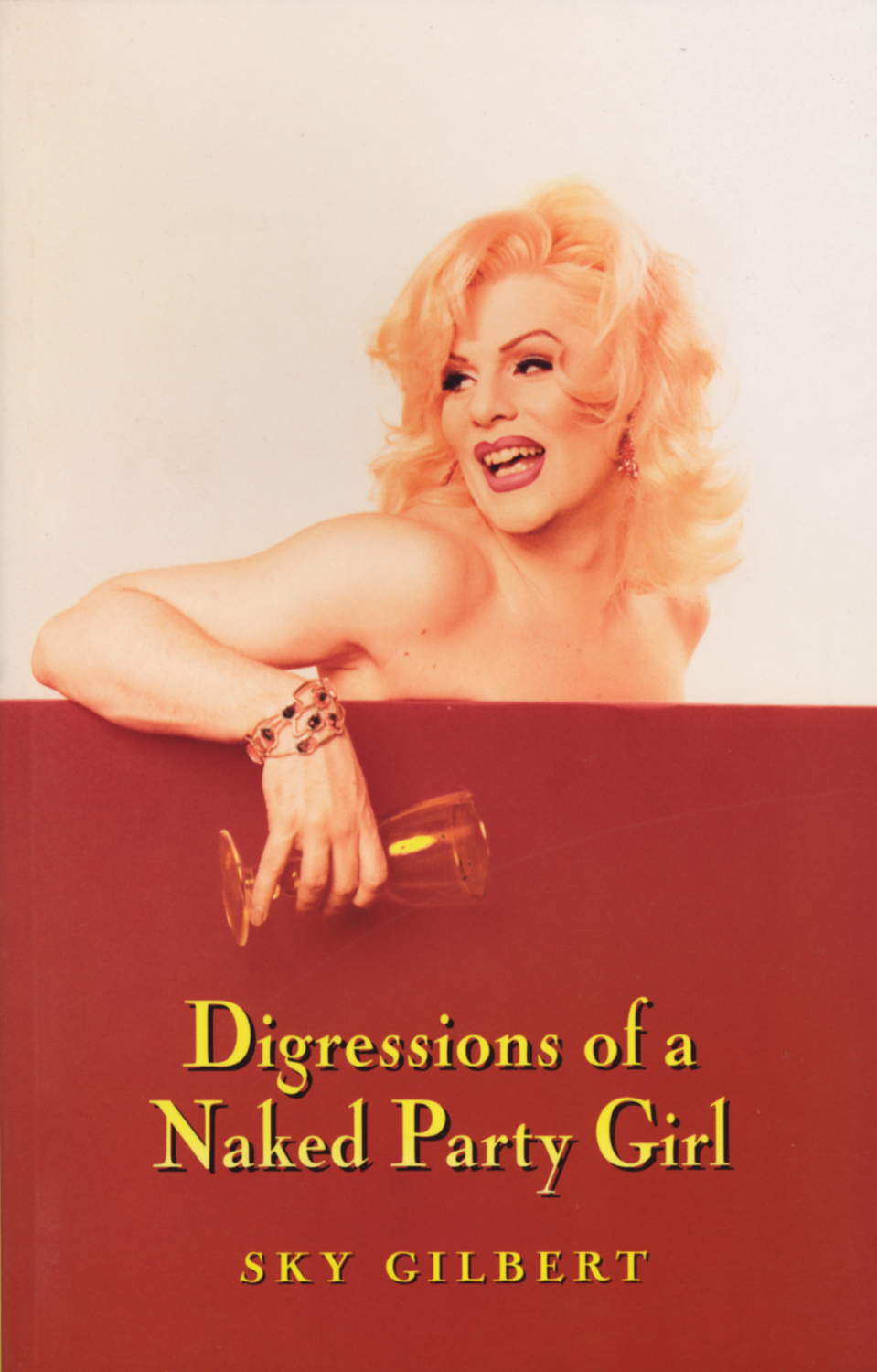 Digressions of a Naked Party Girl

Hilarious, provocative poems by one of Canada's most notorious artists. Digressions of a Naked Party Girl is a wild collection of hysterical telegrams from the unfettered imagination of Sky Gilbert. There are no boundaries here: Sky tells all in poems that are personal, political, angry, and wickedly funny. Spanish drag queens, movie stars, one-night stands, cute anatomy students, and the inside of a despot's mind ? these scarlet confessions turn the reader into an instant therapist, confidante, and voyeur. Eclectic, topical, and always more than a cultural barometer, stylistically these poems range from the intense, break-neck story-telling of his recent novel Guilty, to pure surrealist rant. An ode to President Clinton sits beside a meditation on the color green. Consume it, devour it: you won't put it down.

Writer, filmmaker, actor, or drag queen extraordinaire? SKY GILBERT is one of North America's most controversial artistic forces. He was born in Norwich, Connecticut, but since 1965, Toronto has been his home. The co-founder of Toronto's Buddies in Bad Times Theatre, for two decades Gilbert has written and directed his own hit plays, including The Dressing Gown and Capote at Yaddo. In 1985 he received the Pauline McGibbon Award for directing, and he has also received two prestigious Dora Mavor Moore Awards. Gilbert's third film, My Summer Vacation, was featured at the San Francisco International Lesbian and Gay Film Festival. His first novel, Guilty, was published in 1998 by Insomniac Press. Digressions of a Naked Party Girl is his first full-length collection of poetry.