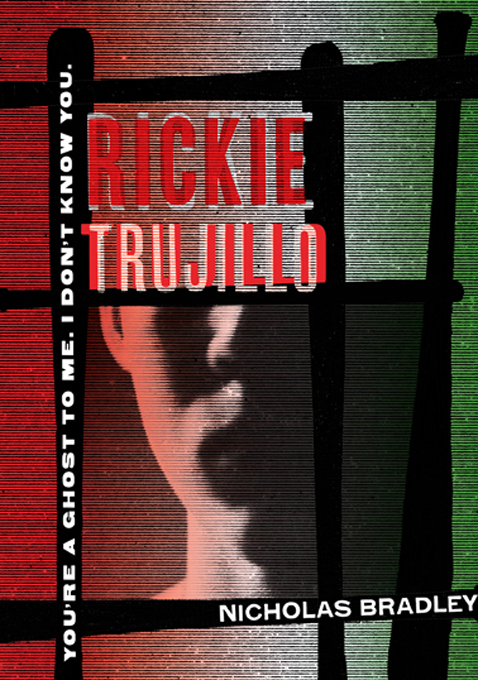 Rickie Trujillo has the means to escape his poor neighborhood in Los Angeles, a neighborhood in which schools are more important as safe havens from the danger on the streets than as places to learn; a neighborhood where tag-bangers who get crossed out get revenge; where sirens sound in the night and cops respond to another shooting at a bus stop or at a red light where someone has given the wrong answer to the question, “Where're you from?”

Rickie is a gifted baseball player with enough skill to carry him out of this place to a safe and successful future. Rickie Trujillo is a literary YA novel that details the events during three days of Rickie Trujillo's life and his journey away from that future.

Infuriated by his father's sudden appearance after years of silence and absence, Rickie and his tagger friend, Alex, make an ill-advised decision to rob an electronics store on a Sunday evening. When Rickie is accosted by a rookie policeman, he shoots the cop as he wrestles the weapon away from him.

Now begins a desperate and frantic race through the neighborhood looking for a place to hide, a race that takes Rickie into a stranger's apartment in search of his baseball coach and finally brings him to the attic of an abandoned house where, in fear of the inevitable, he desperately searches for reasons to survive.

Nicholas Bradley worked as an English and ESL teacher in junior high, middle, and high school in Los Angeles throughout his thirty year career. The schools where he taught were in the center of neighborhoods of poverty and crime, gangs, drugs and graffiti, the setting of his novel, Rickie Trujillo. Many of the students he taught and tutored during his career were, like Rickie, active gang members and/or taggers.

During the ten years in Los Angeles preceding his teaching career, Bradley worked as a road musician, truck driver, messenger, and pianist.