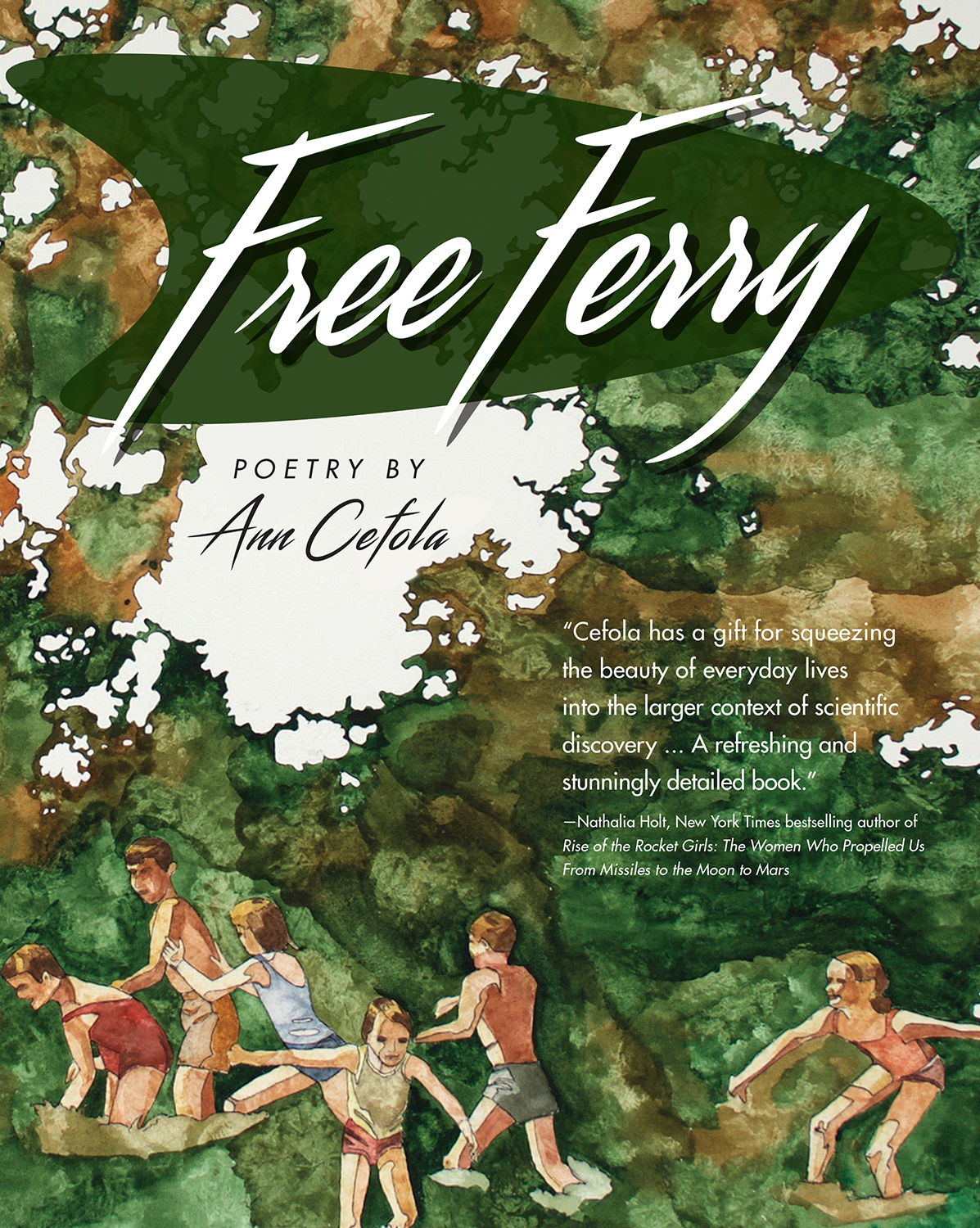 Free Ferry reveals the intrigue and secrecy around the first isolation of plutonium and its impact on an iconic “nuclear” family decades later. Science collides with mythology as the narrator observes her mother, Eurydice, embrace and resist an “underground” existence as postwar suburban housewife. In this 1960s snapshot of classic Americana, idyllic peace flows over undercurrents of annihilation. From outrageous alchemy to Cold War espionage, this book-length poem tracks the lyrical legacies of the first manmade element.

The poet's father-in-law, one of the project's chief scientists, inspired the private narrative around this world-changing event that few know.