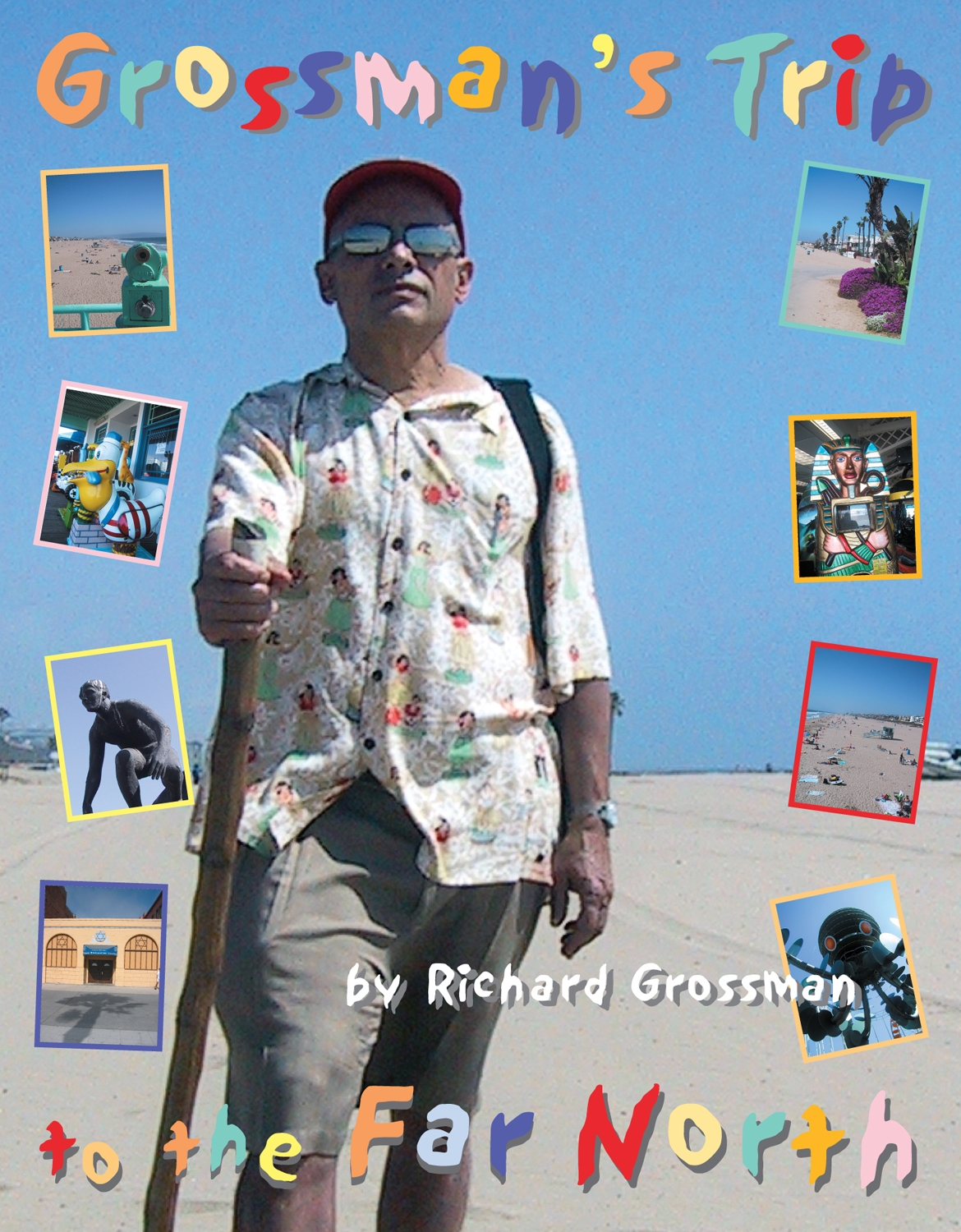 Grossman's Trip to the Far North

Seeking enlightenment and a satchel full of laughs to boot? How about a visit to the Oasis of Aromatherapeutic Happiness, or the House of the Paunchy Gnome, or the fabulous Colossus of Dershowitz? These are among the mind-boggling landmarks documented in Richard Grossman's pilgrimage to discover the soul of America by walking the Los Angeles bike path that extends north

Richard Grossman was born in Lubbock, Texas in 1943 and holds a BA in English literature from Stanford University. His poems have appeared in many publications and he has published two books of verse, Tycoon Boy and The Animals. Grossman's novels include a trilogy entitled American Letters, a divine comedy of contemporary life. The Alphabet Man and The Book of Lazarus, describe hell and purgatory, respectively, and the final installment The Interstate Bingo, will describe heaven. For the past two decades Grossman has been concentrating on Breeze Avenue, a 3,000,000-page work, conceived as a vast, literary analog of cosmic consciousness, which will be launched online in 2015 and then installed as a set of 5,000 printed volumes in a reading room in Los Angeles.