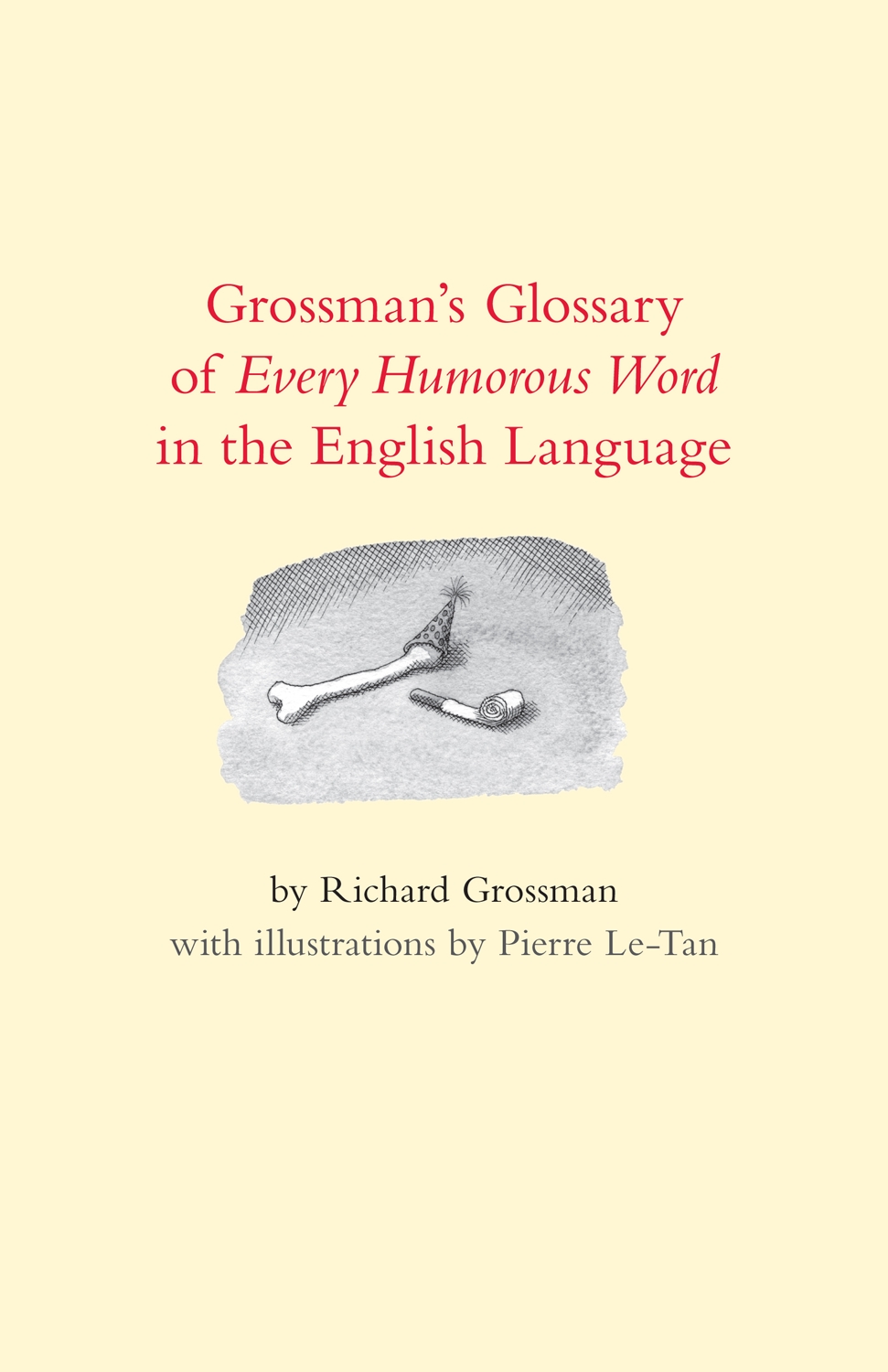 Grossman' Glossary of Every Humorous Word in the English Language

Don't be a cebocephalic accubator! Get off your callipigious cannikin and learn your ABCs anew. Award-winning novelist and poet Richard Grossman's glossary of every humorous word in the English language is guaranteed to expand

Richard Grossman was born in Lubbock, Texas, in 1943 and holds a BA in English literature from Stanford University. His poems have appeared in many publications, and he has published two books of verse, Tycoon Boy and The Animals. Grossman's novels include a trilogy entitled American Letters, a divine comedy of contemporary life. The Alphabet Man and The Book of Lazarus, describe hell and purgatory, respectively, and the final installment The Interstate Bingo, will describe heaven. For the past two decades, Grossman has been concentrating on Breeze Avenue, a 3,000,000-page work, conceived as a vast, literary analog of cosmic consciousness, which will be launched online in 2015 and then installed as a set of 5,000 printed volumes in a reading room in Los Angeles. Pierre Le-Tan, born in France in 1950, is an internationally renowned illustrator who came to prominence in 1968 when he produced the first of many covers for The New Yorker. He has contributed to several other periodicals including Vogue.